Research suggests that many students will never intend to understand, apply, or think about the implications or possibilities of what they are studying. Instead, they will predominantly intend to make a good grade or simply to survive the course, neither of which is the intention to learn deeply. Unfortunately, such results often stem from well-meaning but misguided educational practices that often produce surface or strategic learning at best. But that need not be the case.

A rich body of research points to a much different and far more satisfying result. In this highly interactive session we explored and applied that research and learned how to foster the deepest of intentions and achievements. We explored the concept of adaptive expertise and how we can foster that kind of expertise in our students, producing graduates who are prepared to address the rapidly changing and complex issues of our times.

Ken Bain is a best selling author, and former professor of history. His books have been translated into more than a dozen languages. Two of his works both won the Virginia and Warren Stone Prize and have had major influences across North and South America, Europe, and Asia. He taught at the University of Texas, Vanderbilt, Northwestern, and NYU before becoming a provost in 2011. In 2013, he became the
president of the Best Teachers Institute. 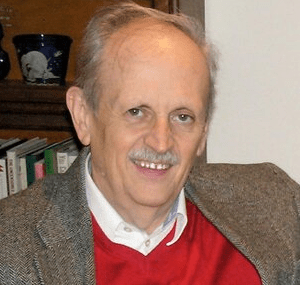