The Higher Learning Commission (HLC) assurance argument is a rigorous process for those on campus preparing materials, and for the peer reviewers who review them, visit campus, and report on their findings. Recently, peer reviewers Kathy Adair, Director of Development and Assessment at Bay Mills Community College, and Summer DeProw, Interim Assistant Vice Chancellor for Academic Affairs and Director of Assessment at Arkansas State University, shared insights from their perspectives as peer reviewers as well as participants in accreditation reporting on their respective campuses. Here are six key things they wish every institution knew about HLC accreditation and peer review visits.

1. Base your assurance argument on the evidence

Before they ever come to campus, peer reviewers read your assurance argument and review your supporting evidence. But Adair and DeProw see institutions that make their argument based on what they understand or believe about their institution rather than based on the evidence they include.

“My experience is that substantiating evidence put into the argument doesn’t always match the argument—maybe it didn’t make the point, maybe it’s placed in the wrong section, or maybe the evidence just didn’t go all the way to home plate in substantiating the argument,” DeProw said. “As reviewers coming in, that’s all we’ve got, so it’s our job during the site visit to authenticate or triangulate with the campus that the evidence provided is the best evidence they’ve got.”

2. Use data from campus systems to support your argument

Adair and DeProw recommend using campus systems to authenticate operational effectiveness, student satisfaction, and other areas of the assurance argument. “People have to get really comfortable pulling reports out of campus systems to drive home their argument with evidence,” DeProw said. “When you’re annually plugging your way through entering data, you’re essentially creating a repository to pull that information from over time.”

“Sometimes there’s a gap, where within the institution, we know something—we’re here every day—but that’s not substantiation. You can’t just say students are happy. Show a student survey that demonstrates they’re happy with the institution,” Adair said.

“A screenshot from the athletic department showing students cheering in the stands isn’t evidence of student engagement,” DeProw said. “But three years of student survey data showing that this population is engaged, this one isn’t, and here’s how we’re trying to get to that group—that’s evidence.”

“Pull assessment reports, interlink those into the argument to show continuous improvement and that every program was making an annual report,” DeProw said. “If you’re using a faculty activity reporting system, log faculty’s research and service as well as their teaching assignments so you can pull out of that to authenticate qualifications.”

“Data is big for reviewing,” Adair said. “Every institution has a myriad of data, but not all institutions really make good use of the data, or present it in a way that makes sense to someone who’s not inside the institution.”

The assurance argument is locked down 30 days prior to a site visit. That leaves peer reviewers just 30 days to read the argument, create an agenda, and request meetings ahead of the campus visit. This can cause anxiety on campus, as requests for interviews may come just 10 days before the peer review team arrives.

It can also mean that peer reviewers miss evidence in the report. “We’re human,” DeProw said. She recommends having your original documentation readily available during a peer review visit, as well as additional levels of information. “Your evidence may be there and it was missed, or we don’t have time to recall it, or dig back for them,” DeProw said. “We may also want something more basic.”

4. Trust peer reviewers and the process

“Peer review isn’t a punitive function,” Adair said. “We’re there to help institutions continually improve their quality, engagement with students, and everything they do: programs, courses, co-curricular, and processes.”

Many participants are intimidated by face-to-face interviews, Adair noted. “People are afraid to admit issues. They want to paint a rosy picture. But it’s much better to tell the truth, and share the ups and downs,” Adair said. “Tell us that your enrollment is down and what you’re doing to increase it. It’s much better to hear it from you rather than digging into it and finding it ourselves, and not seeing a plan for improvement.”

5. Prepare interviewees before the campus visit

Adair and DeProw are each responsible for preparing the assurance argument for their campus. They recommend sharing the completed argument and evidence with campus stakeholders who may be interviewed. DeProw held meetings ahead of ASU’s most recent peer review visit. “I wanted to build their confidence to answer questions,” DeProw said. “There’s so much evidence, so many screen shots, web pages, reports, and explanations. We showed them that we’re being honest with HLC and ourselves, so there’s no reason to feel like you can’t be candid during the interviews.”

6. Have a peer reviewer on campus

“I recommend that every institution have at least one peer reviewer,” Adair said. “It’s beneficial to have someone who has that inside view of the process. It gives the institution an understanding of the issues that come up most often.” Adair considers it invaluable training, and noted that it doesn’t cost the institution anything, as reviewers are paid by HLC—the institution just has to allow the time off. Bay Mills, a small tribal institution with 450 students, has two peer review evaluators on campus; ASU has four peer reviewers, and hopes to have more in the future. You can learn more about becoming an HLC peer reviewer here. 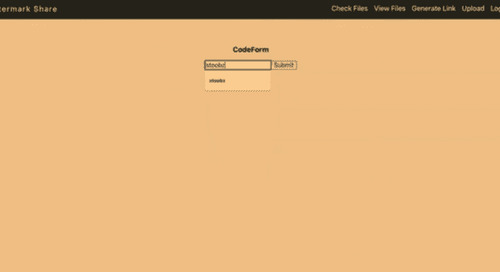 At Watermark, we cultivate innovative use of technology by holding multiple hackathons throughout the year.... 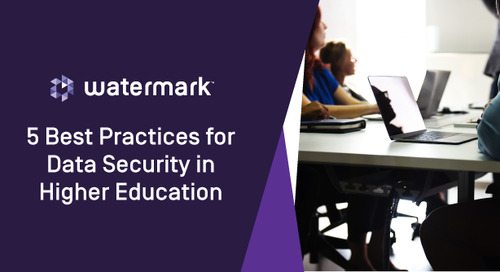 Data security—if the thought keeps you awake at night, you’re not alone. It was cited as the top issue at E... 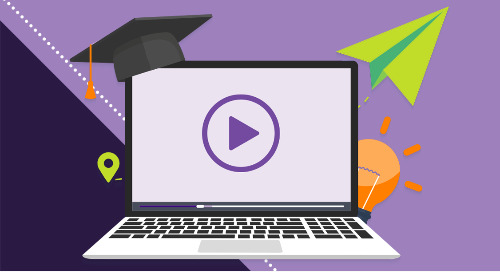 Course evaluations allow you to use student feedback and insights to inform decisions, and should be an integral part of each semester. Learn how to improve your evaluation and survey questions. 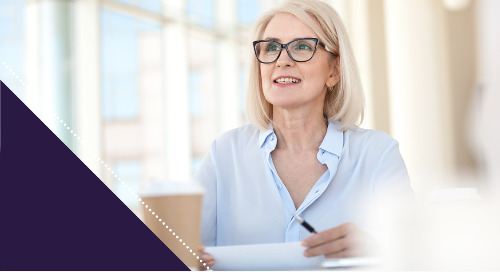 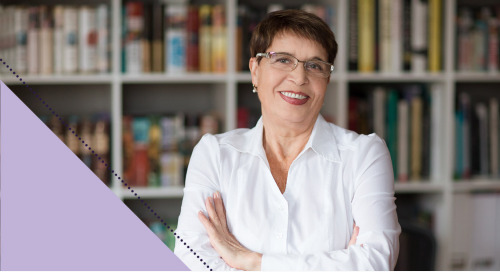 How To Find the Best Professors

Watermark Faculty Success can help highlight faculty accomplishments, increase student trust in your professors, and build your institution's reputation in the market. Learn more in this blog post. 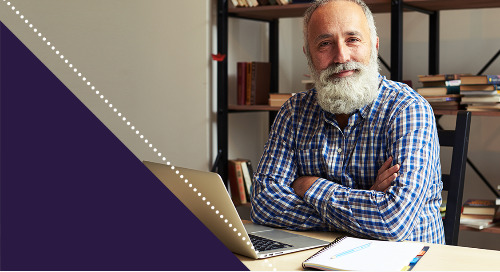 Want your faculty to embrace your new online faculty activity reporting system? These tips can help you get "buy-in" from faculty and maximize results from your new solution. 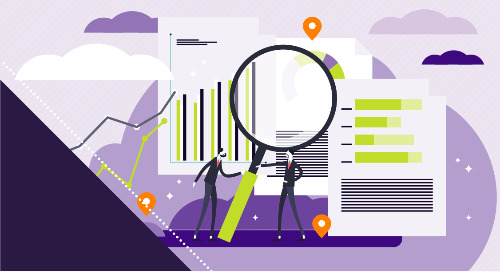 Adopting new faculty activity reporting technology can be time-consuming. Discover how to get your new solution implemented and adopted quickly with these helpful tips that accelerate the process. 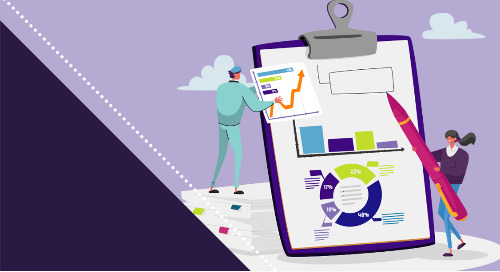 The Differences Between Direct and Indirect Measurement

Do you need direct and indirect measurements for a successful assessment strategy? Check out this post to learn why both measurements matter. 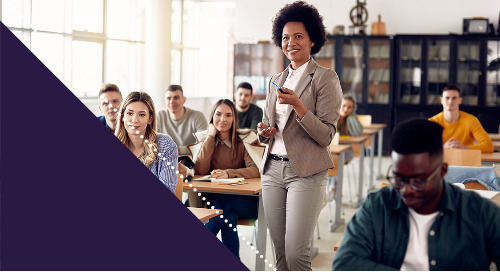 What's Your "Why?" Understanding the Value of Outcomes Reporting

Faculty wear many hats, and it's often hard to prioritize -- especially when it comes to outcomes reporting. Learn how Purdue helped faculty understand why it's worth the effort. 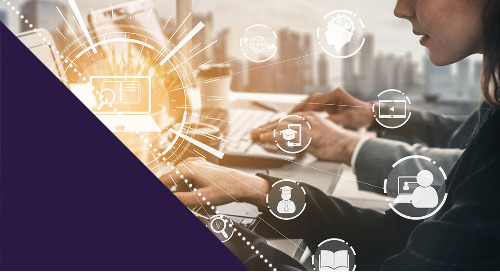 The Benefits of Course Evaluation in Higher Education

Allowing students to voice their concerns with and appreciation for their courses or instructors gives them a more active role. Here's how to make course evaluations more effective. 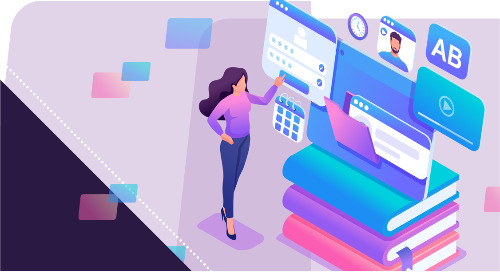 The Future of Data Convergence on Campuses

Software purpose-built for higher education can help institutions find the data they need to support student achievement. Learn how to apply data-driven processes to your essential processes. 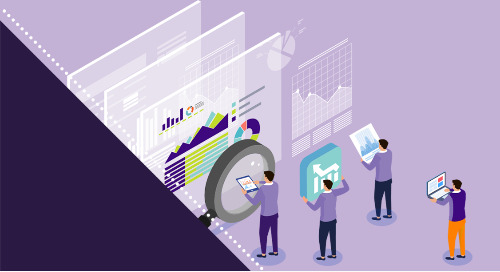 What Makes Direct and Indirect Assessment So Difficult?

Direct and indirect measurement work together to support an effective assessment strategy. But it’s often difficult to keep track of both. Learn how to overcome common challenges in this blog post. 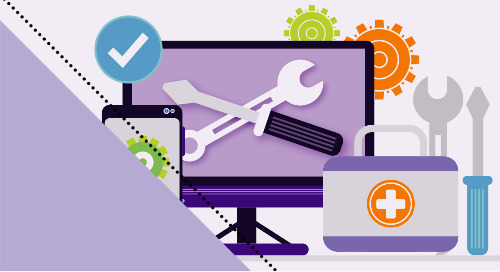 We Are the Champions: Building a Case for New Tech

Howard University knew they needed multiple technology solutions to help with their assessment and accreditation processes. Discover the steps they took to successfully implement those new solutions. 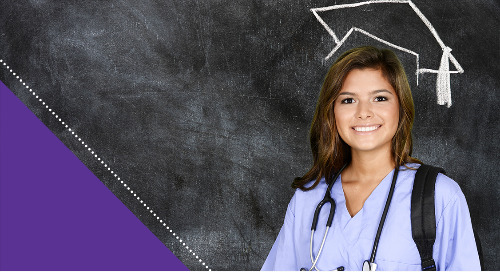 How To Connect Programs to Occupations with Curriculum Mapping

Career placement is a top priority for students entering college. Learn how curriculum mapping can help demonstrate the link between programs at your institution and future career aspirations. 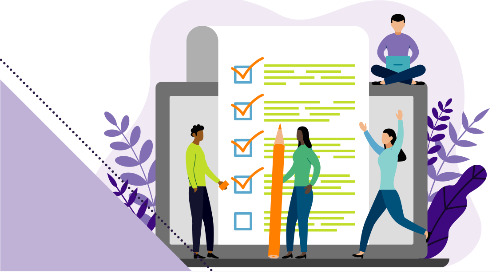 Course evaluations help faculty improve the quality of their their course offerings and focus on the most effective methods of connecting with students. Learn more about the benefits in this post. 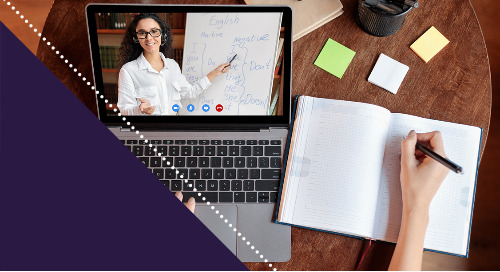 Use These Assessment Foundations to Help Your Community College

Getting started with your assessment process comes with its challenges. Read here to learn all of the tips and tricks to successfully lay the foundation for your assessment strategy. 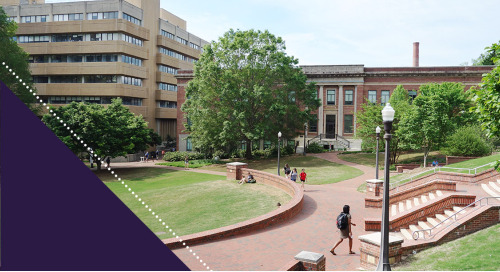 Community colleges and associate degree-granting institutions have unique challenges when it comes to assessment. Check out this post to learn the key strategies to assessment success. 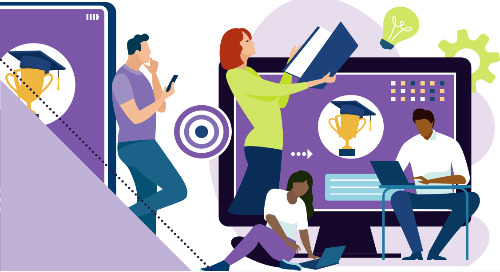 Rubrics help clarify performance standards and assessment criteria for students while making it easier for faculty to evaluate their work. Learn more about the benefits of rubric-based assessments. 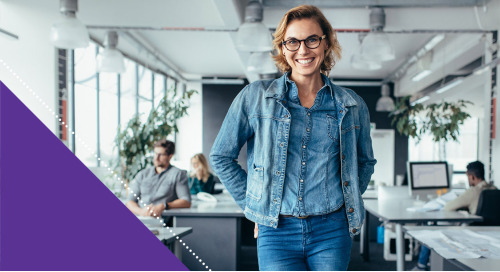 Use ePortfolios to Give Students a Leg Up in Job Searches

ePortfolios are a great way for students to showcase their best work for prospective employers. Learn how to help students use digital portfolios in their job search. 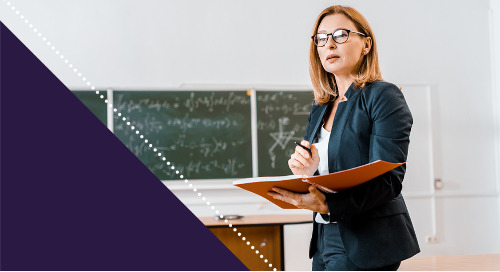 101 Guide to Evaluating a Professor

The teacher evaluation system is an ever-revolving cycle that allows for consistent progress. These best practices ensure that your course evaluations and surveys gather the most helpful feedback. 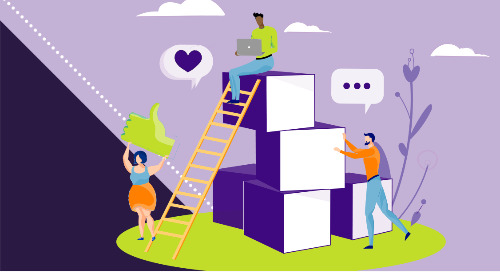 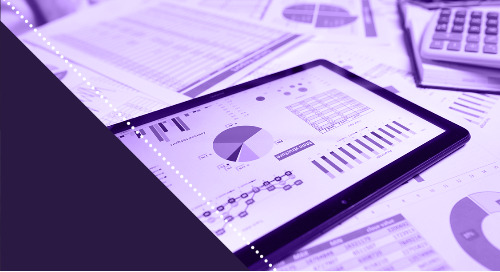 For Efficient Accreditation Reporting, A Culture Shift is Necessary

Throughout the pandemic, accrediting bodies have closely monitored the financial stability and growth of colleges and universities. Learn how technology can support this effort.